Rollback to Republish the Previous Draft

Finished publishing a new draft only to find it wasn't ready to go out? Use rollback to quickly revert your template to the draft that was published before. 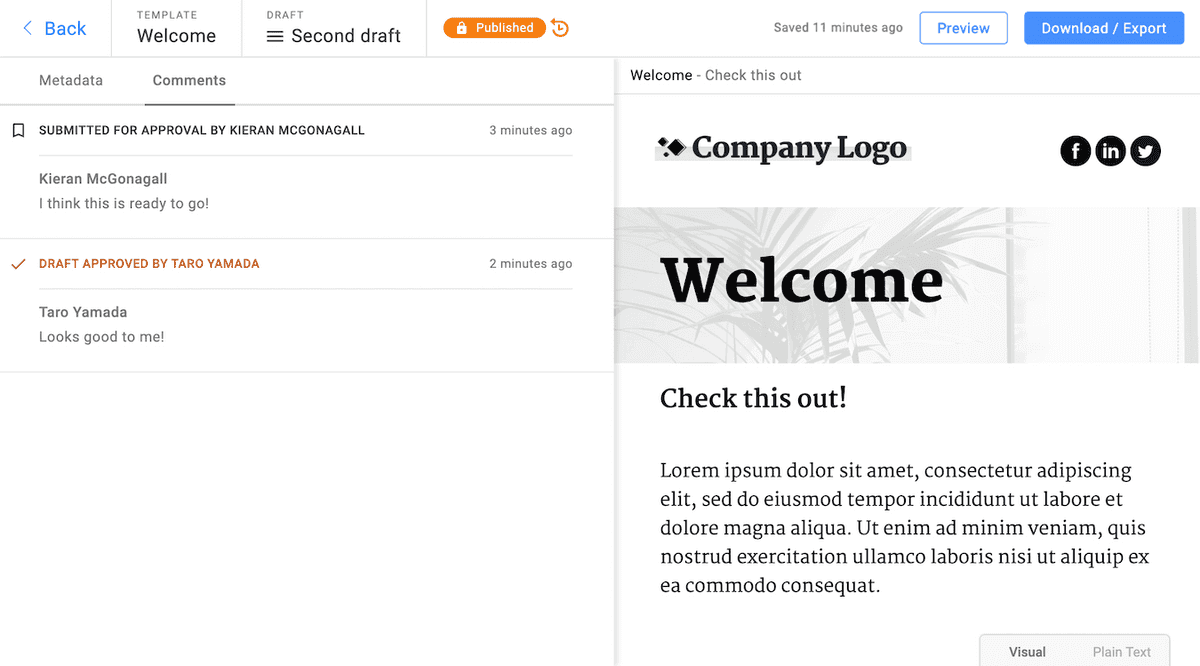 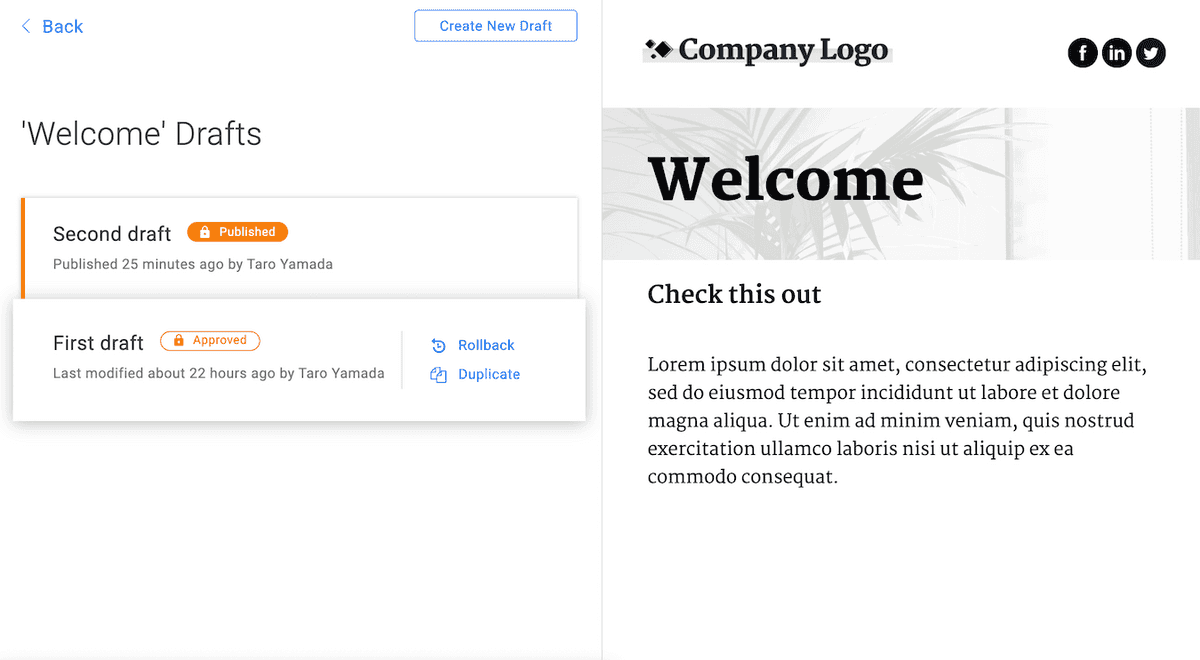 Within a template's drafts list the last published draft will have an Approved tag. Hover over the approved draft and select the rollback icon to promote it back to the published draft.

Only organization administrators are able to rollback a template.

Can I rollback to an older draft?

Rollback is only available for the approved draft, which is the last draft published. All your previously published drafts are still available though, you can submit an older draft and take it through the approval process to publish it again.

What happens to the currently published draft if I rollback?

It will become the newly approved draft so you can quickly promote it back to published with rollback if needed.

How do I resume editing on the draft I rolled back?

Didn't find what you're looking for?